Prof. Marcel Zwahlen earned his PhD at the Bloomberg School of Public Health at Johns Hopkins University in Baltimore, USA. From 1988 – 2000 he served as an Epidemiologist at the Swiss Federal Office of Public Health, Division of Epidemiology. For two years, he worked as the Head of the Scientific Office and Research Promotion at the Swiss Cancer League. Since 2003, Prof. Zwahlen has been a senior scientist at the Institute of Social and Preventive Medicine (ISPM), and starting in 2009 he became an Assistant Professor, funded by the Swiss School of Public Health during the years 2009-2012. In 2014 he became an Associate Professor of Epidemiology.

Prof. Zwahlen’s main research interest is health epidemiology with a focus on the methodological aspects of analysing surveillance and registry data, including the use of probabilistic record linkage. He analyzes longitudinal studies, including the Swiss National Cohort (SNC), the Swiss HIV Cohort (SHCS) and the Swiss Childhood Cancer Registry (SCCR).

The Future of Health Services Research in Switzerland 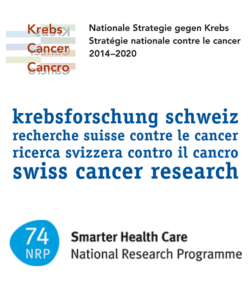